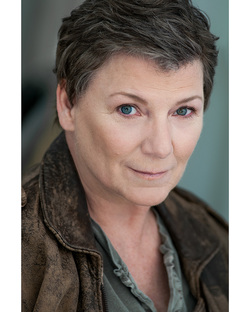 From Steven Force of Airspeedonline.com:
"These are the show notes to an audio episode. You can listen to the show audio by clicking here:  https://soundcloud.com/kim-crow-voice-overs/airspeed-kim-crow-the-original-bitching-betty-2.  Better yet, subscribe to Airspeed through iTunes or your other favorite podcatcher. It’s all free!

In the early days of the Fighter Mafia and the first generation of new E-M fighter development, systems designers realized that lights, bells, and whistles simply weren’t immediate enough to give pilots urgent information that they needed while aloft in the battlespace.  Engineers realized that spoken annunciations were necessary, especially for urgent or dangerous conditions like terrain proximity.